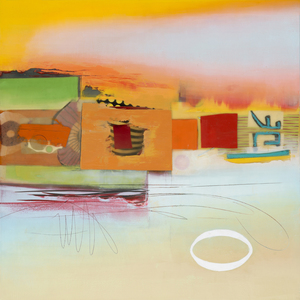 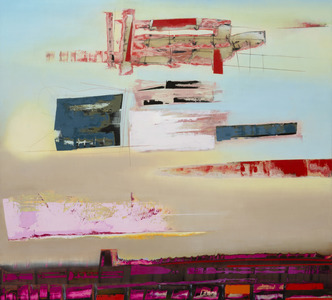 Above the Mesa
Oil, cold wax on panel
38 x 40 inches with frame 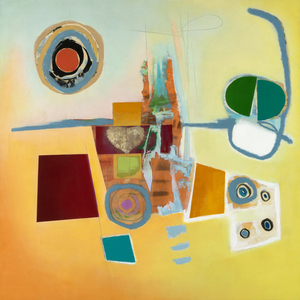 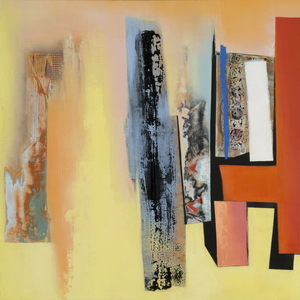 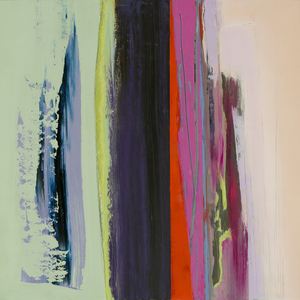 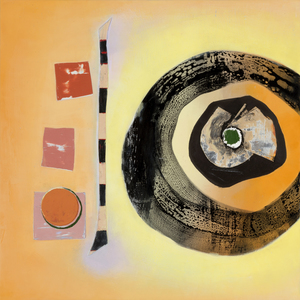 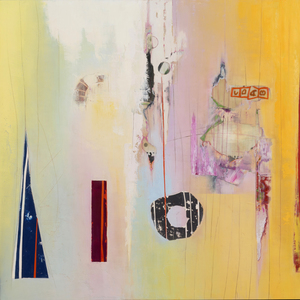 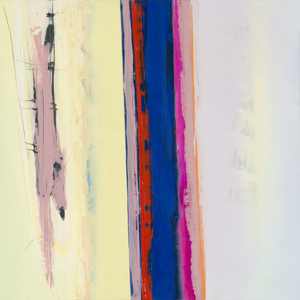 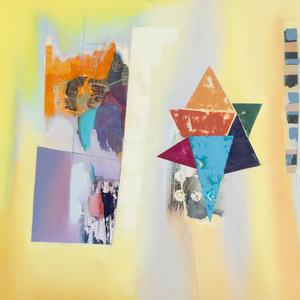 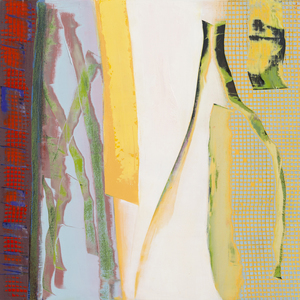 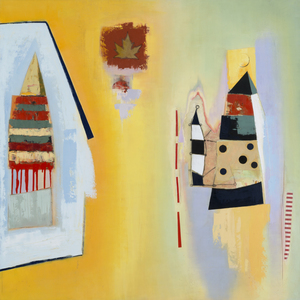 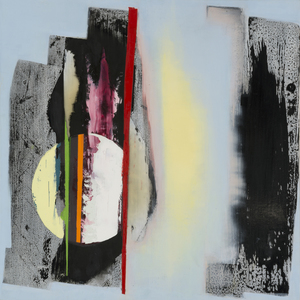 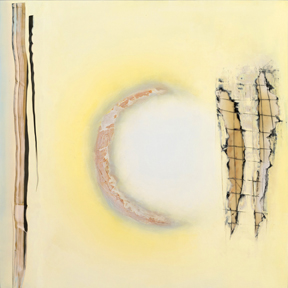 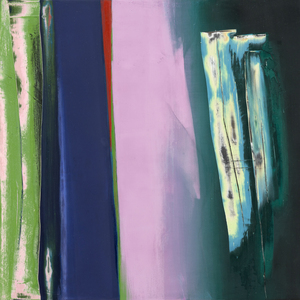 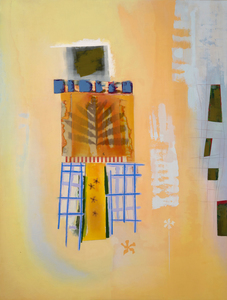 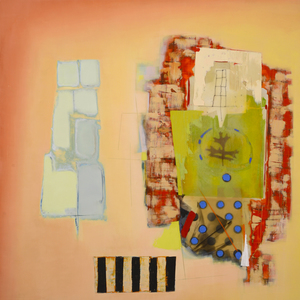 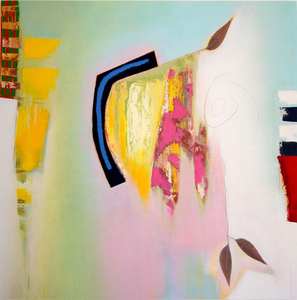 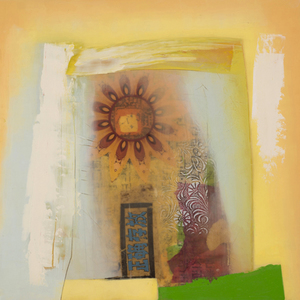 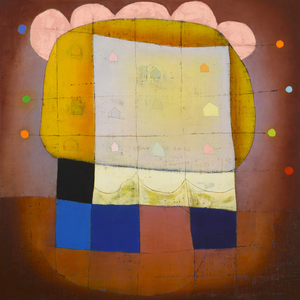 Sally was born and raised in Maine. After receiving her Masters of Fine Arts degree from the Rhode Island School of Design in 1990 she moved to Albuquerque, New Mexico where she lives and paints full time today. She still maintains a strong connection to Maine and in the summer of 2009 was awarded an artist residency by the Eastern Frontier Educational Foundation on Norton Island, Maine. Her work is in collections throughout the United States and she has shown her work internationally in France and Japan. She has had several solo shows in Santa Fe and Albuquerque along with participating in numerous group shows across the United States. The Albuquerque Journal named her Artist of the Year in 2012.
As a long time gardener and keeper of bees, she uses the wax she collects from her hives in her paintings. “Bees are magical beings. Every product that comes from the hive has special healing and nourishing properties. I mix the wax with oil paint and then brayer many layers on to the painted surface. There is a wonderful richness and softness the wax brings to the painted surface.” Her unique encaustic technique achieves an inner luminosity that captures and rebroadcasts a glowing ambient light.